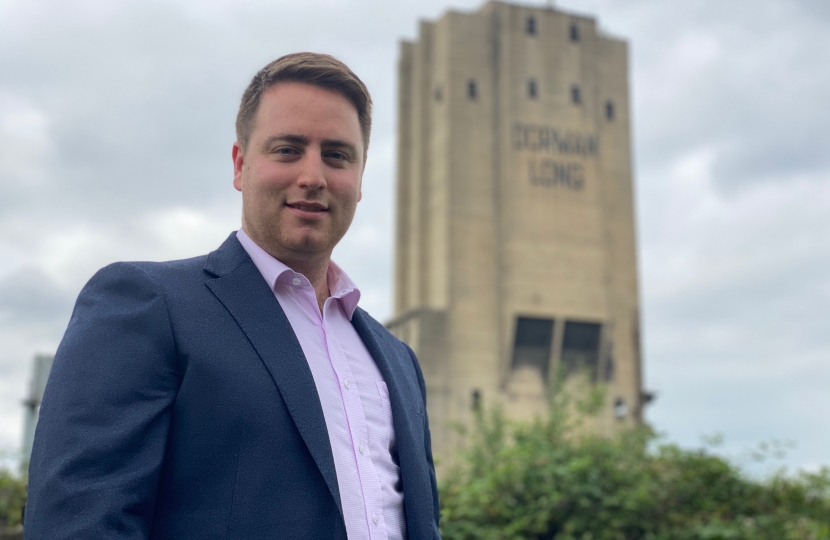 JACOB YOUNG IS SPEARHEADING THE CAMPAIGN TO SAVE DORMAN LONG TOWER

As we begin to demolish large parts of the former Steelworks & Coke ovens, the future of Dorman Long Tower has been called into question.

I want to make it clear, I am committed to the preservation of the Dorman Long Tower on the new Teesworks site, provided it is safe to do so.

It's something that has become a defining feature of the skyline for the people of Teesside, especially Redcar & Cleveland, and it's also a very special building for me on a personal level.

When I was an apprentice at TTE in South Bank, it was the tower that dominated the view out of my window and stood as a reminder of the many thousands of men and women who have worked in our local industry.

Now a picture of it hangs proudly in my office in Westminster. For me it's an important reminder of my roots, of where I come from and also of all the potential Teesside has for the future - from the banks of the Tees, we built the world.

As a board member of the South Tees Development Corporation (STDC), which has now taken ownership of the site, I plan to be a powerful voice for the preservation of an important part of our heritage.

I have already spoken to Tees Valley Mayor Ben Houchen about what the tower means for our community, and I will be speaking to STDC colleagues about the next steps in assessing the viability of saving the tower.

Sign my petition below to help save Dorman Long Tower

Sign up to my email updates on the left of this page.