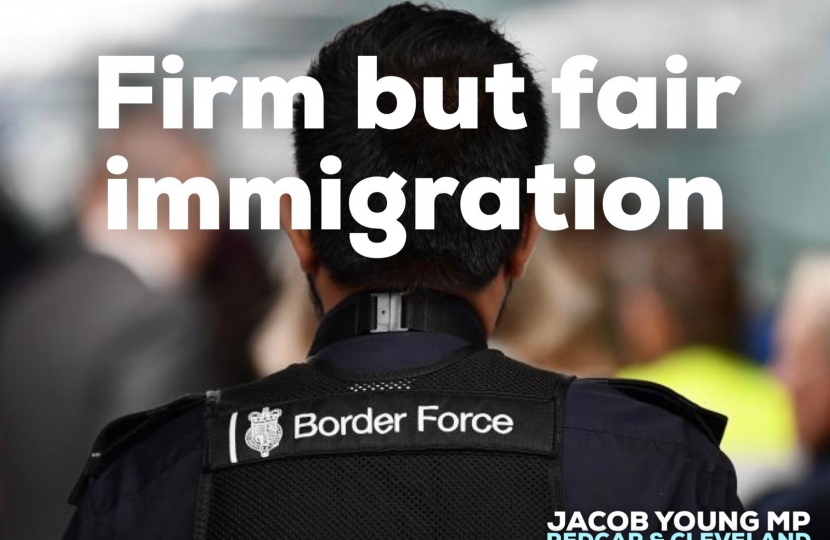 On 11th November, the Immigration Bill was signed into law, signalling the end of free movement between the UK and the EU. Speaking in the House of Commons the next day, Jacob young - MP for Redcar, stated that this bill delivers on the government's promise to 'Get Brexit Done' and take back control of the UK's borders.

In response, Cabinet Minister Michael Gove agreed that the bill will allow the UK to control who enters the country, but made it clear that we will still have visa-free within the European Union.

You can see the full exchange on Jacob's Facebook page.

Jacob Young, MP for Redcar announced earlier this year that he was sitting on the committee for the new UK Fisheries Bill, a matter of high importance to many of his constituents.