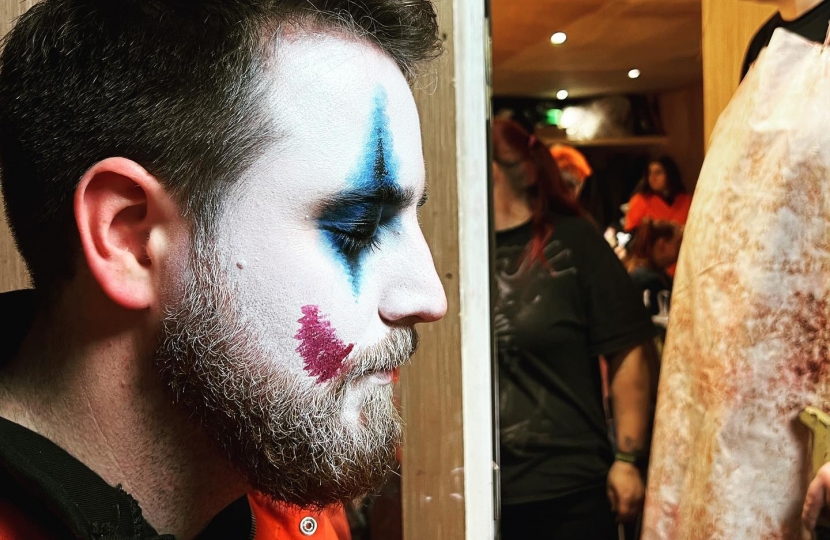 Jacob volunteered as an actor for the Scream Factory at Kirkleatham tonight!

He said that It was so much fun to get behind the scenes of one of Redcar’s biggest annual events.

This year they’ve sold 20,000 tickets to people who wanted to come for a fright, which just shows how fantastic the event that they host is.

Scream Factory wouldn’t exist without the tens of people who work on it each year, and tonight I met actors who were waitresses, a nurse, a civil servant - all sorts.

Well done to the Scream Factory team for another brilliant year at Kirkleatham - and if you were there tonight, I hope I was scary enough!!