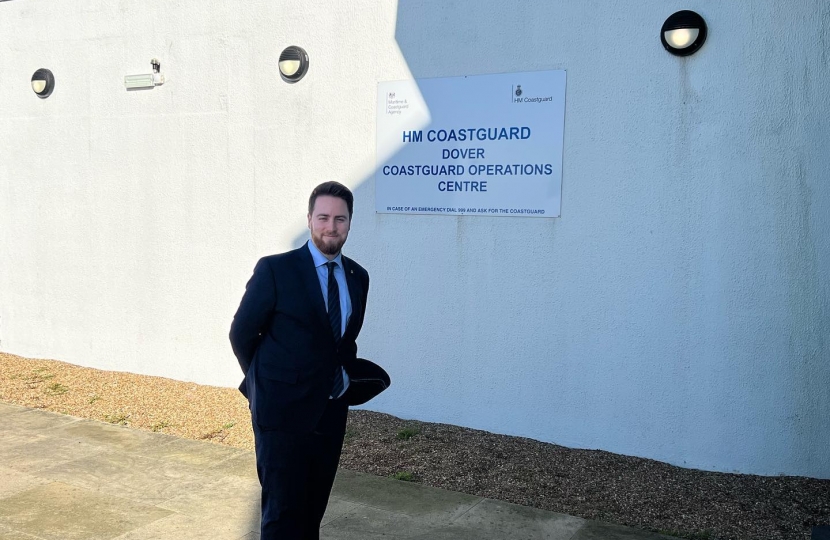 This morning Jacob has been in Dover to see for himself some of the steps Border Force are address the issue of small boat crossings.

Jacob commented the following on his social media-

I have been clear throughout my time in Parliament that these crossings are unacceptable and illegal, and I raise them with the Home Secretary regularly.

I know people want action, which is why we’re introducing new laws to change the system, but here are the three crucial things I think we need:

- Get the French to prevent departures

The first is not within our control. But if the French are able to seize British fishing vessels, then they should have no problem preventing a small boat. I have no issue with the UK Gov supporting the French in this, but only if their actions bring numbers down.

The second is within our control, and thankfully will be addressed by the new ‘Borders Bill’ Priti Patel has introduced in Parliament. The Bill will introduce a new principle that any asylum claim will be impacted if you attempt to enter the country illegally, and it will end the practice of repeated merit less claims.

And the third requires political will across the House of Commons to reform. It cannot be right, the activist lawyers are able to hide behind the HRA as they prevent us from deportations of foreign national offenders. I will continue to make the case for reforming the Human Rights Act with ministers.

Britain has always been a refuge for those that need it - and we still should be. But it is unacceptable for people to jump the queue and take advantage of our generosity.

I want to thank the Border Force, and the officials down there on the coast doing what they can. We as policy makers now need to deliver on the changes we need to see.