Local MP Delighted with Passing of the Animal Welfare Bill 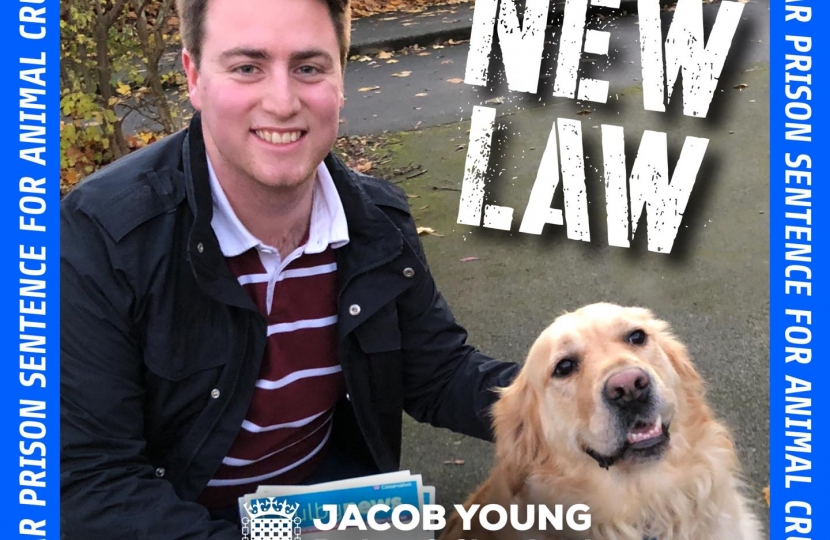 Whilst animal abusers previously faced a maximum prison sentence of 6 months, they could now face up to 5 years for their crime.

Pleased with the outcome, Jacob Young posted the following on his social media: "This is a great day for animals and long overdue."

"This change in the law has had many champions over the years but thanks go to Chris Loder MP, who brought this bill to parliament and ensured that even in the year we've had we still delivered on it."

"Also, thanks to our previous MP, Anna Turley, for her work in the last parliament, Finn the dog and owner Dave, and the many animal welfare charities who've supported us in getting to this point."