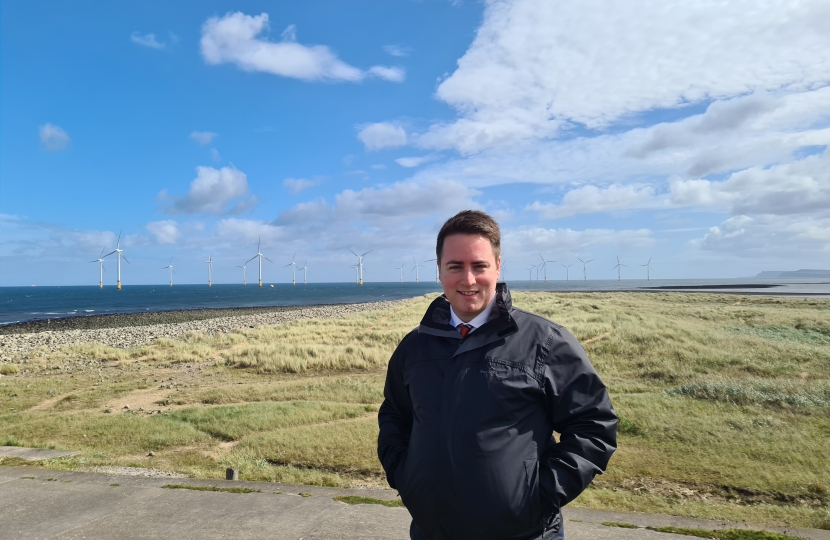 Jacob Young, MP for Redcar is delighted that the Government is officially backing the carbon capture industry and Teesside's Net Zero plans.

The news follows Boris Johnson's announcement on the 17th November of a Green Industrial Revolution 10 point plan, that proposes a £12 billion government investment and is expected to create and support up to 250,000 green jobs. The Prime Minister highlighted a number of British regions, including Teesside, as areas that, 'are now synonymous with green technology and jobs.' (Boris Johnson, 'Now is the Time to Plan Our Green Recovery', Financial Times, November 17th 2020). The principle of the plan being, to 'build back greener.'

Since entering Parliament, a mass amount of Jacob's time has been spent fighting for government backing for the green future of Teesside, including his constituency area of Redcar and Cleveland. In his maiden speech, Jacob Young highlighted the opportunity for a "clean, green future of the 21st century" in Teesside.

The MP is ecstatic about this huge boost to Teesside's economy and believes it will bring many high-quality and well-paid jobs to the region.

Local MP Delighted with Passing of the Animal Welfare Bill

Whilst animal abusers previously faced a maximum prison sentence of 6 months, they could now face up to 5 years for their crime.