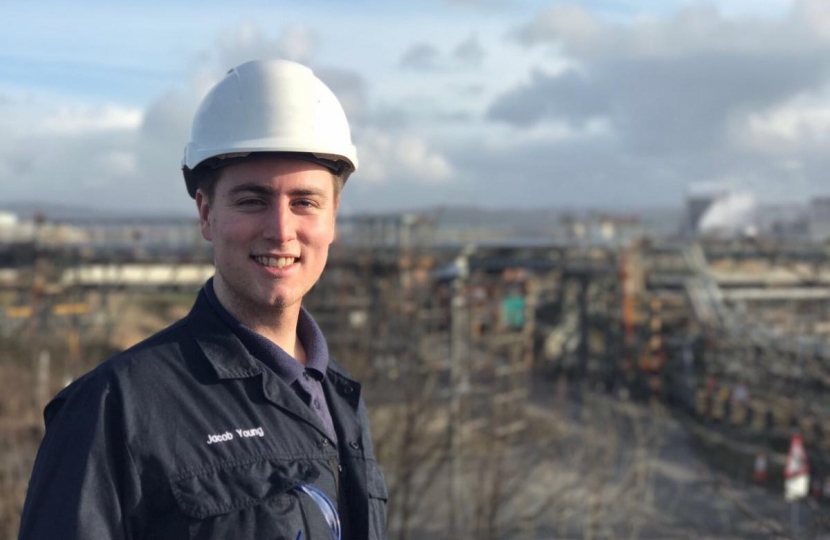 THE PRIME MINISTER IS DELIGHTED

Boris Johnson today told me he is 'delighted' that the UK's first Hydrogen Transport Hub will be based in the Tees Valley.

It was announced on Wednesday by the Department for Transport that Teesside would become a global leader in the green hydrogen sector. This is something I have been working on since I first entered parliament. .

The new centre will create hundreds of jobs, with the purpose of developing and testing new hydrogen technologies including cars, boats and planes, bringing together industry, academia and central government.

"Can I welcome the Prime Minister's announcement today on the UK's first Hydrogen Transport Hub in Teesside which will see the UK embrace a hydrogen-fuelled future, putting Redcar and Cleveland at the heart of developing this vital new energy source.

"Does he agree with me that this is exactly how, under this Government, we will build back better - and greener - creating new jobs and putting Britain at the forefront of this world-leading industry?"

Responding, Prime Minister Boris Johnson, said: "I thank my Right Honourable friend and I must say I'm hearing a lot of good stuff from the benches behind me about the clean, green future - the green industrial revolution that this country has embarked on.

"I'm delighted that Tees Valley will be the UK's first Hydrogen Transport Hub and I look forward to joining him there before too long."

I am very grateful to the Prime Minister for his kind response and look forward to welcoming him to Teesside soon!

You can see the full exchange on my Facebook page.

Future hydrogen technologies will be used to generate heat and electricity without emitting greenhouse gases or pollutants.

Due to be published in January, a DfT masterplan will set out how green hydrogen could power buses, HGV, rail, maritime and aviation transport across the UK.

The aim is that the Tees Valley will go on to become a global leader in industrial research on hydrogen fuel.

As your local MP, I am working as hard as I can to put our area on the map, and push for investment in Redcar & Cleveland and right across Teesside, so please share this fantastic news.